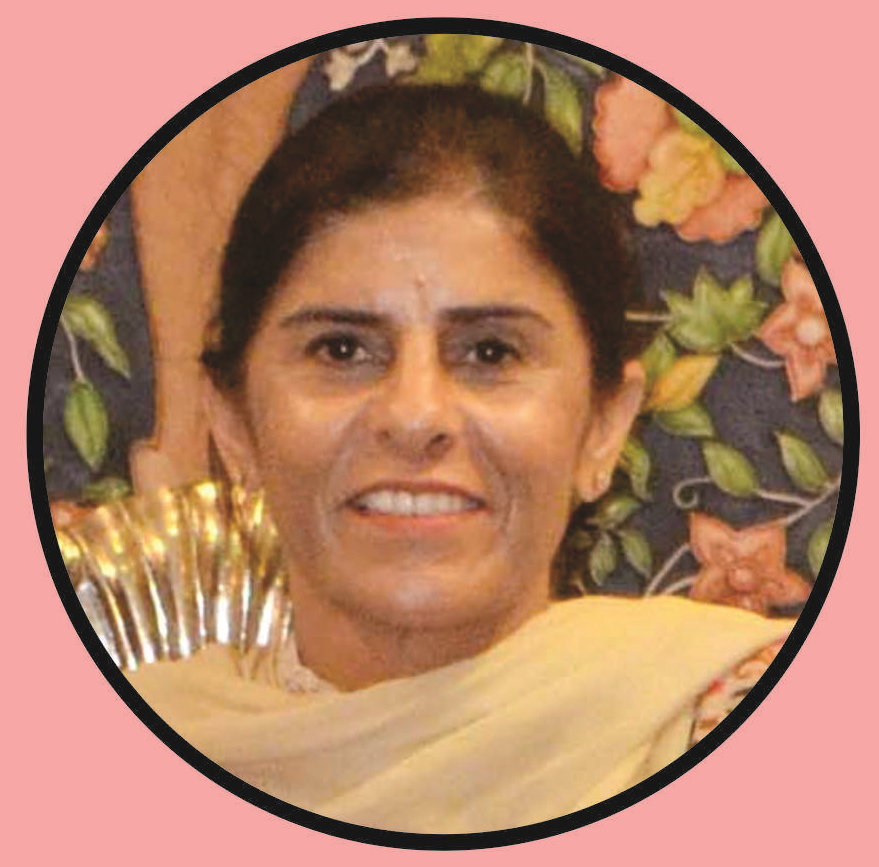 1. Central Command Army Wives WelfareAssociation (AWWA) has been formed for overall welfareof servicemen and their families,ex-servicemen and their families, disabledsolders, widows and orphans of servicemen/ex-servicemen. This association is registeredin compliance with the provisions of Section 4 of Societies Registration Act 1860 as applicable to National Capital Territory (NCT) of Delhi.

2. The involvement and commitment of Central Command AWWA encompasses: -

(a) 76 Cantts and Military Stations in 7 States of India.

(b) Large density of population of serving soldiers and ESM especially in UP, Uttarakhand and Bihar.

(c) Presence of large number of Veer Naris and widows.

3. Our aim is to reach out, making a difference and touching the lives of awwa beneficiaries apart fromis to jointly provide unflinching and everlasting support to families of our serving and retired persons and Veer Naris, as they ‘Aspire, Seek and Attain’, in the fields of education, skill acquisition and health care, in coordination with Central AWWA.

4. In Central Command, AWWA reflects our genuine commitment to spread light in the lives of all families through education, good health and empowerment. Thus, the AWWA fraternity in Central Command has been working towards: -

(a) Empowerment of Veer Naris.

(d) Good health and education for all.

(e) Care for families in FAFA.

(f) Improvement in quality of life.

5. Over all Central Command AWWA has come a long way in rejuvenating and progressing in a very planned and systematic manner, achieving many milestones and objectives. The success of running and implementing old and new AWWA ventures and conduct of various activities has been possible due to wholehearted support rendered by a motivated team of volunteers.

AWWA Central Command has always been deeply compassionate towards Welfare of its beneficiaries. In the process, it has grown leaps and bounds with the passage of time. Our efforts have been for all inclusive upliftment, development and empowerment of all specially the women.

We have undertaken major initiatives to improve the well being and awareness of our army families in order to enhance their awareness in all spheres, Central lectures are being organised to sensitize the families about their right & entitlements. Our Welfare committees and respective Chairpersons are regularly meeting the patients in hospital in order to keep them entertained through motivational and interactive sessions. Games like tombola andcelebration of festivals are carried out in wards.

The course running in ASTC such as NTT, Assistant Beauty Therapist, Self Employed Tailoring and spoken English classes. have immensely contributed towards the empowerment of women and families.In our endeavor to upgrade our VTCs to ASTCs for being able to condut various courses uneder PMKVY, we have got the sanction to upgrade VTC at BEG Roorkee to an ASTC. At the same time wegot the approval of starting a new courseon Customer Care Executive (CCE) at ASTC, Lucknow. A number of educative workshops and interactions with other agencies/business/institute partners have been held.

The six Asha Schools in Central Command continue to remain a top priority and preferred institutions. We are motivating the parents to think beyond 18 years and assisting/facilitating their settlement by way of project Vishwas and also by job offers in various regimental institutes and station facilities.

The ‘‘SURYA” AWWA family is committed towards making a difference and putting a smile on each and every beneficiaries of AWWA organization.

7. The present ASTC Lucknow has evolved from the existing Surya Vocational Training Centre (VTC) in yr 2017. The ASTC is adoption of Pradhan Mantri Kaushal Vikas Yojna (PMKVY) in the Army Vocational Training Centre and has been implemented under National Skill Development Corporation (NSDC) Centre. It is a flagship programme under the Ministry of Skill Development & Entrepreneurship (MSDE). The ASTC follows the policy and guide lines issued by National Skill Development Corporation (NSDC) to provide skill certification. To facilitate the process, Directorate of Indian Army Veterans (DIAV), AG’s Branch has empanelled NSDC affiliated IL&FS as Technical Training Partner (TTP) for ASTC Lucknow through a two-stage selection process.

8. Centre Accreditation and Affiliation. Based on approval of courses, approved infrastructure and selection of technical training partners, the NSDC allow registration of students for these courses. NSDC lays strict guidelines in ref with duration, evaluation and qualifications. The students are evaluated for their skill at the end of the course and certificates are released by NSDC.

9. Asha Schools have been set up as a ‘Temple of Learning’ for special children. The aim of these schools is to empower the specially-abled children so as to make them productive members of the society and enable them to live with dignity. In order to fulfill this aim, it is our endeavour to provide them with therapies specific to their disability. The child from the moment he/she steps in to the Asha School has to grow mentally as well as socially so that they are able to hold on their own in any forum and sphere of life. 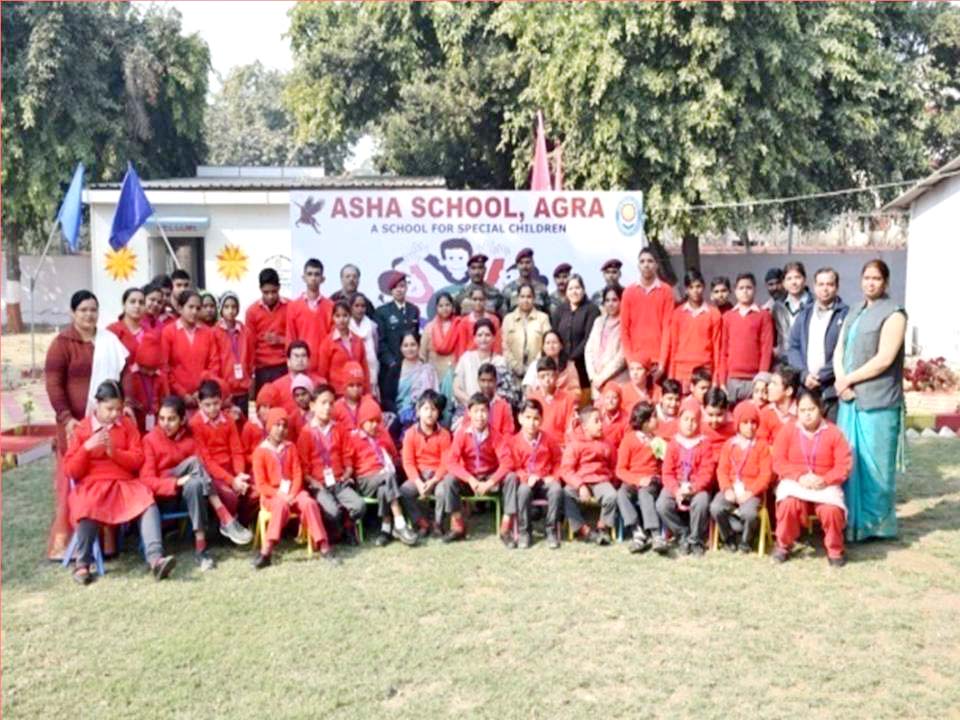 10. Aastha and Brave Heart Cell - A Marital Discord Resolution Cell has been established at the Integrated Welfare Complex at HQ Central Command in 2008 to help in resolving the marital discord cases amicably by providing advice from marriage counselors. Chairpersons/ Counselors interview couples with marital problems and advise them accordingly. Personal details are kept strictly confidential. Counseling facilities have been arranged in all stations. The functioning of Cell is supervised by Chairperson Aastha and Brave Heart Cell who coordinates the activities in consultation with Regional President AWWA. In addition to marital discord counseling, Aastha Cell also assists the Veer Naris in settling their.

11. Prerna& Patient Welfare Cell - Prerna Cell has been functioning in the Oncology Department of Command Hospital Lucknow where volunteer ladies visit the patients suffering from cancer and other diseases. The volunteers look after the welfare of patients by addressing their problems and speedy implementation of corrective measures in consultation with the medical staff of the department. The highlights of Prerna Cell are as under:-

(a) The volunteers visit the Oncology Ward of the hospital every day in rotation.

(b) The Oncology Ward has been given a new face lift to raise the morale of the patients.

(c) Patients are given information about availability of rooms at Surya SainikAramgrahfor relatives of out station patients.

(d) Regular Tambola games are being organised in the hospitals especially on Sundays for the patients who are admitted.

(e) Volunteers from patients’ welfare committee provide the families moral support before and after operation.

(f) In addition, patients are being provided with lockers, flasks, books and magazines. A packet of fruit juice is provided to each patient every week.

(g) Regular interactive sessions are conducted by the cell under guidance of the Chairperson, Prerna Cell.

12. Surya Kiranti Paper Project - With the aim of reducing environmental pollution, the ‘Surya Kiranti Papers’ project has been established for recycling paper waste generated in the offices. The project functions under 11 GRRC and is located in their premises. It recycles waste paper generated in the entire station into usable end products like file covers, letter pads and envelopes. Established through AWWA funds at a cost of Rs 7.5 lakhs, the project has been operational since 18 Dec 2009. An impetus has been provided to the project by providing paper bags to the Sainik Suvidha Parisar Shops and also providing gift bags for Diwali and other functions. An extension counter has also been established in Surya Auditorium for sale to the movie audiences. 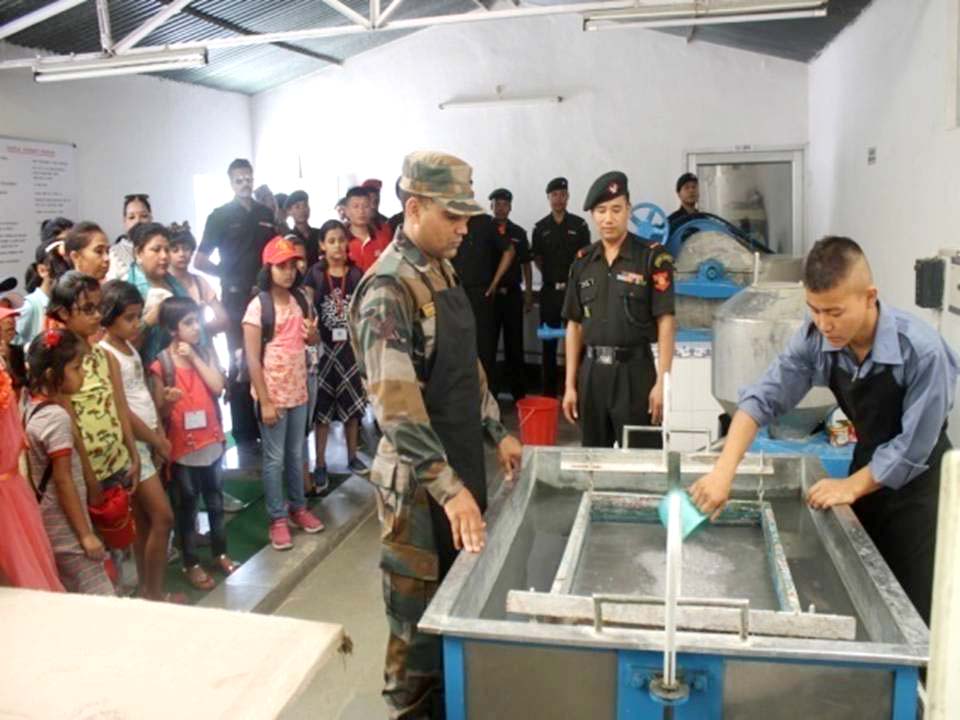 13. Surya Driving Training School. Central Command is running a Driving Training School at Lucknow to impart driving skills for four wheelers todefence personnel/ ex-servicemen, war widows and their dependents and there after obtain a valid driving license on successful completion of the training, thus empowering them in the society. 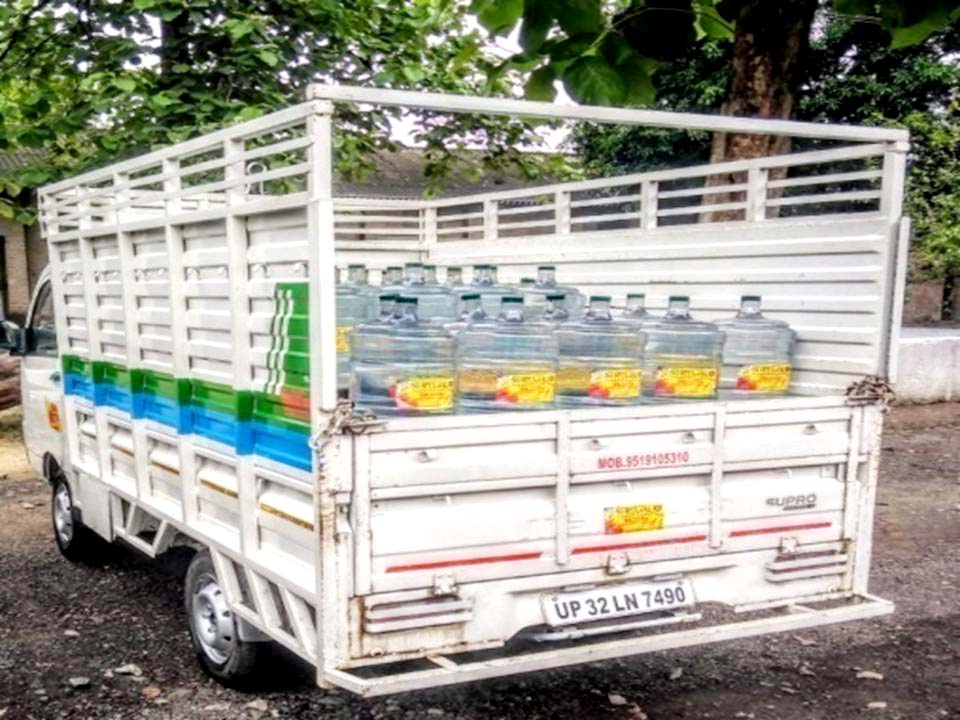